"IF YOU COULD READ MY MIND" 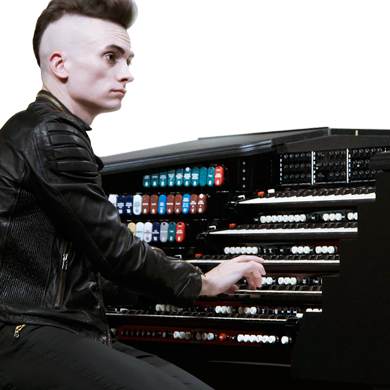 "Bach, Bernstein, Piazzolla, Dupré, Scriabin – they all get the concentrated load of virtuosity and audacity with which this organ freak operates his hands and feet: The improvisations reach a level that brings the classic into the climes of rock, pop or film music sounds in. As the pedal sounds like a base drum, a cymbal arsenal conjures frosting, and Carpenter's music for an imaginary film brings incredible sounds to a full-fledged drama - sensational. "
ACHENER ZEITUNG, newspaper

"Cameron Carpenter, the new, classically trained superstar on the big organ, likes to pose rebellious. No wonder, he breaks the church music repertoire and sweeps across genre boundaries like a crossover hurricane. [...] He rocks and jazzs his instrument like a mega-orchestra - virtuoso, sensual, wild! "
AUDIOmagazine