IN THE WORLD OF THE GERSHWINS' PORGY AND BESS

The African American singers of the NEW YORK HARLEM THEATRE have been touring with Gershwin’s PORGY & BESS, the world’s first black opera, for decades all over the world. They make three generations of African-American life experience, a cross-section of passionate people who are all united by one dream: to overcome the feelings of prejudice and exclusion that have shaped their lives for centuries.

"A white person will never understand what it means to be black." says ALTEOUISE DEVAUGHN, one of the black protagonists.

Right in the beginning of the film the scars of age-old wounds are evident. Already as children many feel the widespread prejudices and the lack of role models.

Life on tour is challenging and draining for the singers. Exhausting travel and constant moves from city to city, made them give up a normal family life. But all these hardships are accepted in order to be an opera singer in the still predominantly white world of opera. 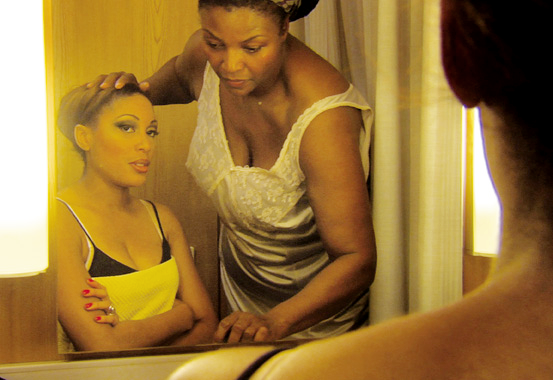 In addition to the difficult circumstances of making a living as a black opera singer, PORGY AND BESS as an opera has been fraught with controversy and criticized by some as a work that portraits the black community as being mired in drugs, violence, and ignorance. It touches a sore spot in the self-image of many African-Americans: some see the opera as perpetuating stereotypes while others consider the play to be an accurate illustration of a painful and heart wrenching chapter in the African-American story.

It is a debate that has followed the production since its debut in 1935, one that plays on in the minds of the protagonists.

Over the course of the story it becomes increasingly clear just how much influence these supposed stereotypes had on every individual. The interweaving of the life stories of the singers with the scenes and sensations of the opera highlights how closely the biographies of the artists mirror those of their stage characters in the ghetto of the American South in 1918. Some of them have grown up amid dire poverty, without fathers, surrounded by drugs and crime, some even when racial segregation was still in force. 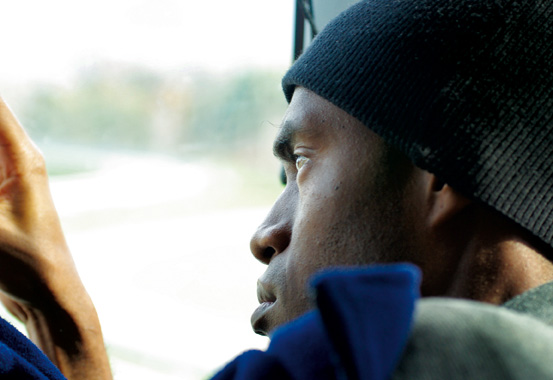 At the same time, the value of black tradition, the moral anchor of god, and the strong ties to one another become visible. The relationships forged, sometimes over decades, go some way to making up for the privations endured. They pray for one another, help one another in difficult situations, introduce new, young members of the ensemble to life on stage and celebrate exuberantly when a breakthrough is made. It shows also that PORGY AND BESS captures the Black Spirit that extends much wider than the opera’s early years – it extends to the present.

The protagonists’ painful struggle to come to terms with their roots makes it clear that the past cannot be made to bear sole responsibility for their fate.

They learn that to remove their shackles requires new ways of thinking and acting. They learn to rise above hoary clichés and step outside of the box to shape the future with their own hands.

At the end of the opera the crippled beggar PORGY leaves the warm bosom of the community and, against all advice, sets off for New York to be reunited with his lost love Bess. It is a daring venture whose outcome is highly uncertain. However, this is one of the strengths of PORGY AND BESS: "There is the idea of hope that this man with no legs will get there... There is an attitude of optimism", says JUSTIN MILLER, one of the protagonists, calling to mind the hope engendered by BARACK OBAMA,

"it‘s the history that has turned us into survivors." 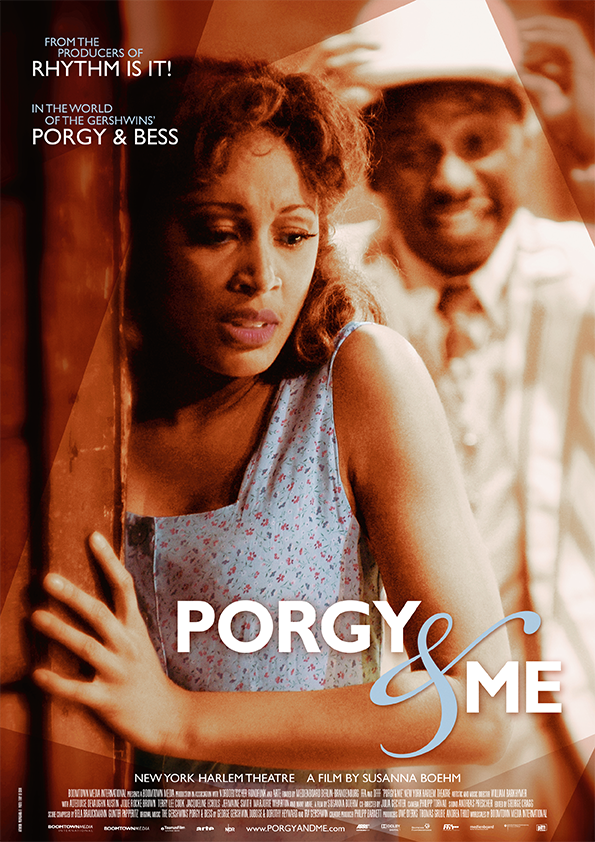 "A movie worth watching! The insightful portraits show amazingly, how closely life and stage roles are interwoven for many protagonists. The dramatic personal biographies of the singers are often reflected in the musical scenes of the embodied figure." 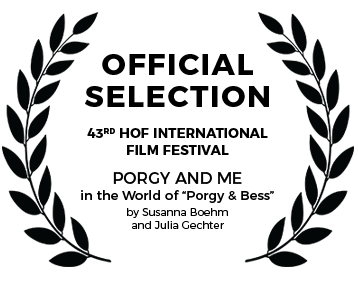 A film by SUSANNA BOEHM and JULIA GECHTER

In German Cinemas by PIFFL MEDIEN