A city searching for a new role within a Europe in transformation.

The lives of a few Warsaw residents are glimpsed in a taxi, a two-room flat and the former ghetto, as are the dreams of a banker, two newly weds, a young student, her parents and others fond of nightlife.

Andrea Thilo meets youngsters and records their visions, anxieties and longings in their swiftly evolving milieu in the midst of the Polish metropolis. It is a film about the life of a generation of go-getters, a touching reflection on the present-day Polish identity, which has been shaped by a varied history often changed by foreign intervention.

It is an intimate and consciously subjective look at the attitudes of a new generation of Poles who are facing, with spontaneity and a readiness to learn languages, a Europe increasingly homogeneous.

A BOOMTOWN MEDIA production
in collaboration with NDR and ARTE 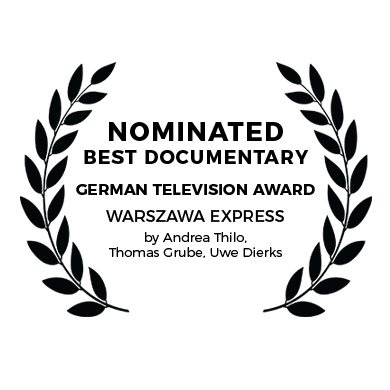